A vocation that combines winemaking tradition of the Malatesta land. 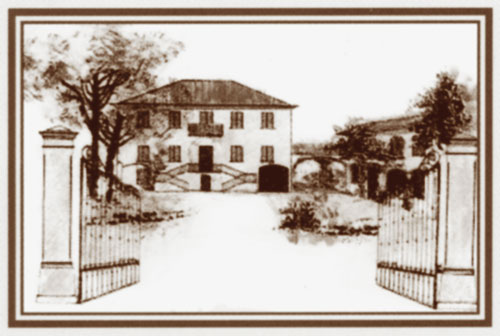 The old available maps show, where the river "Uso" meets the Church of Camerano, a complex of houses and a building called "Villa" inhabited since the mid-nineteenth century by the lawyer Pompeo Marcosanti. Since then, the "hamlet" is known as "Case Marcosanti" and the house is still inhabited by the descendants of Marcosanti female line: in 1948, in fact, Chiarina Marcosanti marries Tino Antoniacci and with their sons brought forth for decades a well-established production of typical wines.

A true passion, in short, that today Luigi Antoniacci (son of Chiarina and Tino) and his family keep alive. A vocation combined with winemaking tradition of the Malatesta area.

On the hill in front of the property of the winery "Case Marcosanti", stands the namesake and famous Palace, derived from the medieval 13th century castle fortified by Malatesta and later inhabited by the most important Italian noble families, such as the Della Rovere, Doria, Doctors, up to the Marcosanti, noble family hailing from Sogliano sul Rubicone, in the nineteenth century.